Women on the Spectrum RAWRing for Quality of Life

Archive for the tag “Asperger Superpower”

My Brother Has Real Superpowers

Believe it or Not my
Brother has real Superpowers.

(as posted by her mom, 4asd, and edited by wakingcanary–thank you, Devlin for sharing this story of Awesomeness Syndrome!)

He is bigger than most kids his age, so when his school told my parents (and our parents told us) that he was being bullied, we were all very surprised–and a little confused.

He had stopped talking to anyone; he refused to talk about being bullied. Getting him to say anything or communicate in any way was almost impossible. He stopped talking about movies, video games, Pokémon cards–even his Yu-Gi-Oh cards. 

My parents made the choice to take Nathan to a Doctor.

He had to talk to the doctor.

And take a few tests.

Then the Doctor told Nathan and my Parents a secret. (Psst, this is story of how I learned what that secret was and why my brother had superpowers.)

And he is almost, at least 5/8 correct when he says this.

Sometimes a total stranger will have Nathan telling them how much older he is,
and he is almost always within arms length of the stranger’s nose looking
not at the person…but somewhere only he knows. He never seems to know where his own hands or arms are, and he is either shouting or his voice is flat.

‘Thirty five thousand hours’ sounds like something that I’ve heard during a Goosebumps episode that has the hair on my arms tingling. When things like that happen, no matter how right he is, I always feel like he is wrong! 

I used to get so annoyed, so angry, and so upset when things like this would happen that I’ve been asked a few times, “why are you crying?” But I didn’t even know tears had welled up or had fallen down my cheeks.

Two years ago things changed. My parents took us both to talk with the person that Nathan went to after being bullied. Then all of this changed.

We arrived to our appointment–late as usual. My parents sat down in the chairs. I was motioned over to a large saltwater aquarium, to get a lesson on every species in the tank. (This is part of Nathan’s superpowers.) A lady, who my brother has now become content on calling “the specialist”, appeared in the hallway. She asked us to go to her office.

As she leads the way into her office, I see chairs that look like the ones in my school library. I turn to look at my Mom and Dad–still sitting in the waiting
area, because Nathan and I was going in 1st –just him and me. 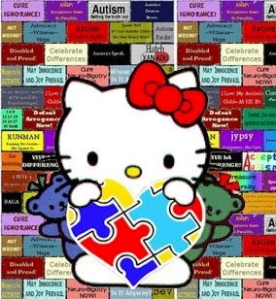 Nathan often has a hard time, or just doesn’t understand what other people
are feeling or why, but his superpowers allow him to know every detail of our family: our likes and dislikes, favorites and second favorites–what things we fear the most or were just afraid of one time. He knows where everything’s place is in our house. Using his superpower to know I was feeling fearful,
he ruffled the hair on top of my head and placed his hand on my shoulder.

He pulled a chair out for me and helped me get the chair back up to the table,
then he sat in the chair next to me. Then he turned his DSi on to play one of his many games.

The “specialist” asked Nathan if he and my parents have kept the secret?

She asked Nathan if he wanted to tell me the secret.

“NO” he muttered between words to the characters in his DSi.
My eyes turned to the person whose office had me fearful for a brief moment, and I am now looking to her to tell me the secret. Just before I began to start a series of questions, she says, “Devlin, if it is okay with Nathan…”

“OKAY, I ALREADY said you tell her!” blurts out my brother.

I tell her that he was not meaning to be rude.

She interrupts me and explains that’s not an issue and she did not feel that he was trying to be rude. It was okay.

She took a breath, then said, “Devlin did you know Nathan has superpowers?”

She seemed surprised. “Do you know where his superpowers come from or why he has them?”

“Would you like to know so that maybe he doesn’t annoy you as often?”

Just the thought of knowing how to make my brother less annoying made me feel like my team had just won a gold medal for the Women’s U.S. Olympic Soccer Team!

When she said that Nathan is under the Autism Umbrella, Nathan muttered to himself, “I’m inside? under an umbrella inside? It’s silly…” He laughed.

Nathans laugh is a laugh I’ve been able to hear across a crowded Wal-Mart since I was about 3.

I ask her to write the words down for me so that I wouldn’t forget them.
She began to write, saying, “I am happy to, but I can also tell you much more
about his superpowers if you like. I can have your parents come in with us.”

Nathan’s chair had hit the wall behind me, and he yanked the door open–all while looking at his video game. He walked to the sitting area, calling for our parents.

I look at the “Specialist”, not sure if Nathan’s human wrecking-ball of bangs will upset her. She smiled sweetly. “Its OK, Devlin, I can help teach you and your family how to better guide Nathan so that he is able to use and enjoy his superpowers.”

Mom and Dad appeared at the door and were invited to pull up a chair, when
I heard Nathan giving some total stranger the salt-water species lesson.

The doctor asked me to give Nathan a message.

“Ask him to return to my office as soon as he can.” Then she told me to return as soon as I gave the message and that she would have a piece of paper with the title of a book written on it for me to find.

I quietly walked toward the sound of my brother’s voice, gave him the message and quietly returned for my piece of paper. As she handed it over to me, she said, “Nathan has told me you have a few superpowers of your own.”

“Yes, he says reading, spelling, art and soccer are just four of your superpowers.”

I felt the smile on my face and my cheeks warm as she spoke. “Well, it’s not superpowers, but those are four of my favorites.” I had read the title of the book off the paper, silently, to myself, and began to look for it on rows and rows of books in the office.

The “specialist” let me borrow The Friendship Puzzle by Julie Coe. She also gave me 10 coloring sheets. I wanted to run to the sitting room to read, when Mom says, “this is a gift from Nathan.”

I didn’t even lay down the things I’ve got in my hands, before opening the box
of 150 Crayons, 50 coloring pencils and 64 skinny markers–each my favorite
brand.

Dad said, “if you want, you can color while we discuss Nathan’s superpowers. I would appreciate it if you waited till tonight to read–so you can read to all of us.”

“No problem, Dad.” I was already coloring on one of the sheets.

Nathan sat down next to me, laughing about the secret he‘d been able to keep from me–and my surprise gift. He never let slip–not once.

Since that day, I’ve read that book so often that my Mom had to buy a second copy! There are many other different books that Mom has downloaded into her two kindles–the enormity of books has become over whelming to Dad. I’ve also colored, drawn and filled in thousands of blanks on Autism Awareness sheets.

Now, when we leave the house to go anywhere I remind Nathan that any questions he has, he can ask his family and not talk to strangers. Nathan’s superpower makes his brain work differently from any other person’s brain
on the entire planet–even people who have Autism Spectrum Disorder. There are some very famous people who are on the spectrum.

Here are a few:

John Elder Robison, author of Look Me in the Eye as well as the sequel, Be Different. Creator of the signature illuminated, fire-breathing and rocket launching guitars of the band KISS. Former designer of electronic games at toy maker Milton Bradley.

James Durbin, finalist on the tenth season of American Idol.

And my brother’s favorite: Satoshi Tajiri, creator and designer of Pokémon.

Knowing people on the spectrum grow up to do amazing things makes me proud, and very happy, to raise awareness for acceptance and the chance to share just a few of my own hero’s superpowers with the world. Nathan Chance I will always have a moment for whenever you want to share one of your many superpowers with your baby sister, me, Devlin
 

About the Author
My name is Devlin Bull; I have three brothers and one sister. My sister’s name is Mackenzie and my brother’s names are: Nathan, Austin and Ethan. Nathan, Ethan, and Austin have each had artwork displayed at the Frisk Center for the Visual Arts and love to play video games. Ethan plays many sports, Austin likes to hunt and Nathan enjoys bowling and swimming. Mackenzie likes to play inside. My younger brother, Ethan, and I go to Tuckers Crossroads Elementary. I am in Mrs. Wright’s third grade class. My favorite subjects in school are spelling and reading. I love to play soccer, draw, and read. This year I will walk to raise awareness on my family’s team; we call ourselves “Team Blazin’ Blue”.
    
Date of Publication: April 16th, 2012